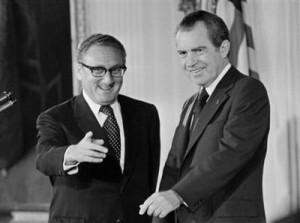 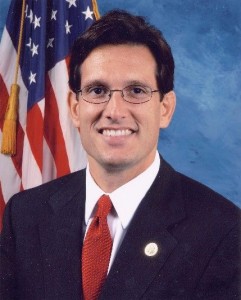 The most recent possible violation though occurred when the new Republican Party whip Eric Cantor held separate negotiations with Benjamin Netanyahu. Eric Cantor intends to have the three billion dollars that the United States gives to Israel every year reclassified and taken out of the hands of the US state department. Instead the US would fund Israel directly through the defence department.  In a meeting between Cantor and Netanyahu, Cantor promised that the GOP “understands the special relationship between Israel and the United States and that the security of each nation is reliant upon the other.” Another key point of the meeting was that Cantor promised to work against the White House on any issue that might seem to be against the interests of state of Israel.

Here are the important factors of that. If the United States begins to directly fund a foreign military force then the overall sovereignty of the foreign state is compromised. This further ties the United States to Cold War era position in the middle east that has become as much a political liability as it as strategic one. Instead of trying to redefine the alliance between the United States, the GOP is opting to go for something that has essentially allowed Israelis to maintain an unwinnable position in both the West Bank and Gaza while over stretching their limited resources. It also goes against the long standing republican concept that foreign policy should be the domain of the administration and not congress. Think back a few years when George W. Bush was in power. When Nancy Pelosi tried to negotiate Syria, the GOP essentially called for her head.

So here is the thing. If Obama wants to reassert his control over the legislative branch he should consider reprimanding Cantor. Make an example of him. Put the fear of god into him as well as his Party. It is only a matter of time before the GOP house begins to actively try to destroy the president like they did to Clinton. So Obama should be proactive. It is clear that the GOP has no desire to bend or compromise on any policy initiative so it becomes important then for them to understand who is charge and that if they try to have a two tier foreign policy that they will be held accountable. The maximum sentence a violation of the Logan act holds is three years, if Obama wants to seek a compromise then he should consider only putting Cantor away for a year and a half. Obama might even regain some of his political dignity in the process and the Israelis might consider that their defence policy should not be tied to a foreign government.